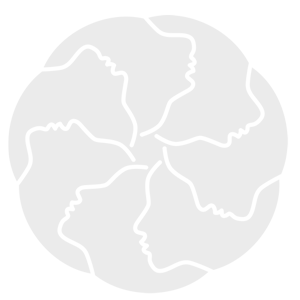 Lily Mafela is a Professor of History and History Education at the University of Botswana in the Department of Languages and Social Sciences Education. She joined her department in 1983 as a newly graduated Staff Development Fellow. Following attainment of the MEd (History Teaching) degree from the University of Bristol, she served as head of the department. Between 1987 and 1993, Mafela studied at Northwestern University in Evanston, Illinois, obtaining an MA and PhD in History, with a major in African History and a minor in Latin American History. Her doctoral dissertation, funded by a competitive award from the Rockefeller Foundation of New York, focused on gender analysis of the history of education in pre-colonial and colonial Botswana. She is currently revising that work for publication as a book. Subsequently, she earned an MBA from the De Montfort University in Leicester, UK. Mafela has published in the fields of history and education, with a particular focus on issues of social inclusion in education delivery, and in historical writing. A passionate educator with keen understanding of the multifaceted role of education in overall development, she is one of the pioneers of research that established the disturbing link between teenage pregnancy and lack of girls’ attainment of higher levels of education, subsequent to which ameliorative strategies have been implemented to promote better life chances for girls in Botswana’s education system. Mafela has demonstrated her leadership capabilities in many spheres of activity. She has served in key positions at regional and international levels, such as the Organization for Social Science Research in Eastern and Southern Africa (OSSREA), and the Association for African Historians (AAH), in each of which she served as executive board member. For a little under a decade now, she has also been serving in the International Scientific Committee of the UNESCO Project on the Pedagogical Use of the General History of Africa Volumes (PUGHA) as Rapporteur. This project aims to promote transformative approaches to the teaching of African history. The project also seeks to promote mutual understanding, interdependence and peaceful coexistence. Session I – The History and Contemporary Frame of Botho/Ubuntu: Philosophical and Sociocultural Complexities

Session I – The Concept of Botho/Ubuntu: its Expression and Resilience in the Lived Experiences of Batswana and Other Indigenous Africans